Tucker was born on December 15, 2018. Keep watching his page as he grows and matures.

Tucker had a short start in his attempt to learn the ropes as a show dog. Covid-19 hit the U.S. and that put a stop to all dog shows for a year.

2021 Tucker earned his Championship under the great Sunway Presentation Team of Nick Joines and Joel McCarty.

2022 Tucker was handled once again,by the Sunway presentation team of Nick Joines and Joel McCarty at the American Shetland Sheepdog Association National this year.  He made first cuts. He showed beautifully.

**SELECT PICTURE TO ENLARGE IT.

Tucker has finished and passed all his testing. 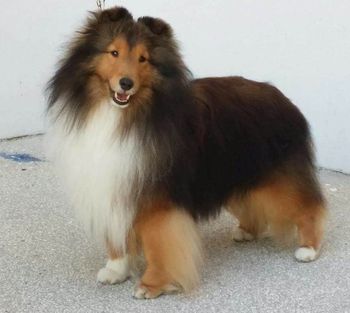 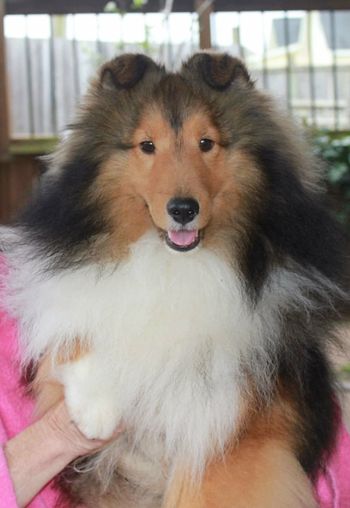 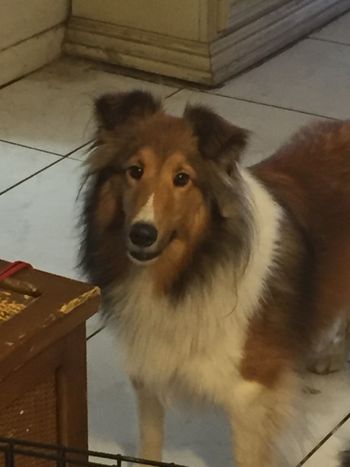 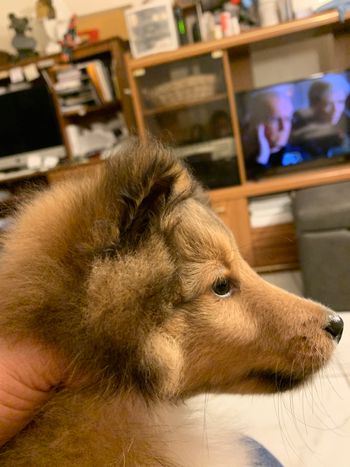 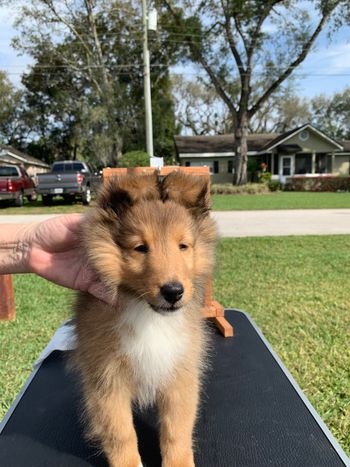 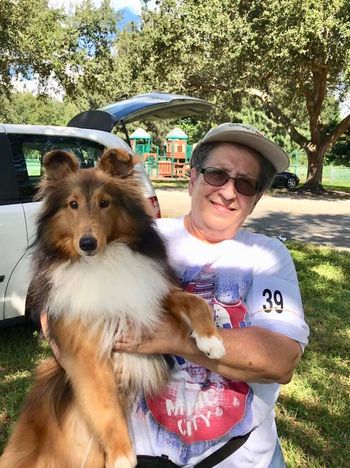 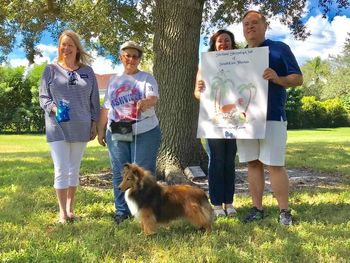 The weekend of January 9th and 10th, 2021 was fabulous for myself and Sunspun Shelties. I haven't had a show dog out in the ring in a long time.

I want to thank my club, the Shetland Sheepdog Club of SE Florida for putting on such a fabulous show. 4 Shows, two on Saturday and 2 on Sunday. The weather cooperated and those that could be there had a good time. Those that could not, watched the show being streamed (Shelties Show Streaming Live.) Thank you Hector and Meredith and all the helpers for making this such a fantastic event for everyone.

I want to give a BIG thanks to the SUNWAY PRESENTATION team of Nick Joines and Joel McCarty for for showing Tucker, "Sunspun Snug As A Bug"     Tucker is a Hershey son (GCHB CH Silverado Coastal Mocha Latte)

He looked absolutely beautiful and he behaved so well considering he didn't know them and had not been in the ring for a year.

He had no points going into the weekend.  He earned a Best of Winners on Saturday (2nd show). A five point Specialty major. Thank you Judge Judith Pitt for acknowledging him with such a great placement.  On Sunday first show, Tucker earned Reserve Winners Dog. Thank you judge Ms. Brenda Miramon.

Thursday, March 4, 2021, at the Mid Florida Shetland Sheepdog Club Specialty, Tucker "Sunspun Snug As A Bug" was awarded Winners Dog and Best of Winners for his second 5 points specialty major. I want to give Judge Robert Olsen a big thank you for awarding Tucker these placements

I once again want to give a BIG thanks to the SUNWAY PRESENTATION team of Nick Joines and Joel McCarty for the professional presentation that led to this win.

Tucker now has 10 points (both majors). I am looking forward to his next set of shows.